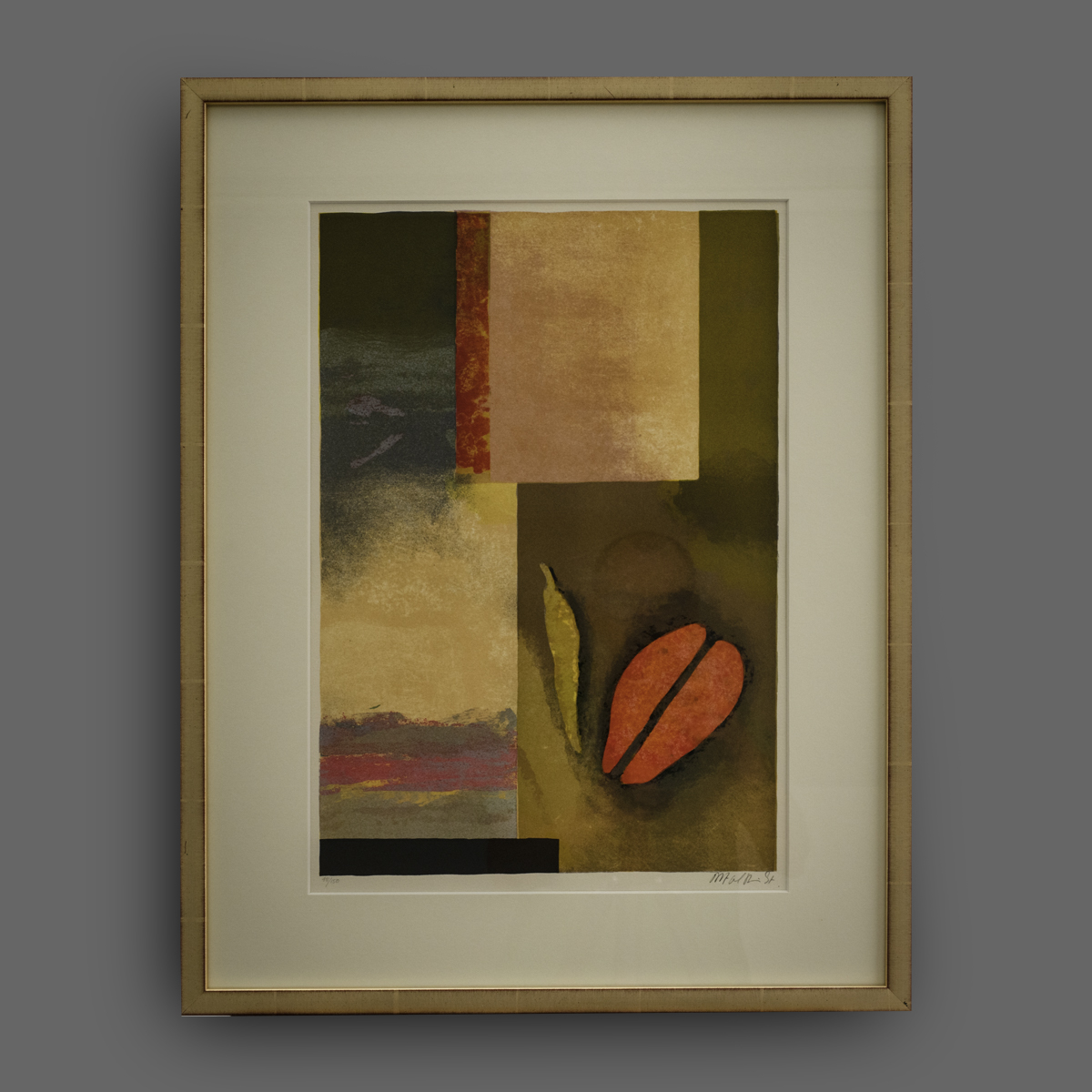 For many years, the painter Bent Holstein cultivated aesthetic perfection and balance. His canvases were beautiful and controlled, polished and refined. He was an aristocrat among his contemporaries.

But in the midst of his professional touch there always lurked a quivering nerve that made the observer hold her gaze upon his paintings. You quickly suspected that there was more taking place than you noticed at first. The figures were set off against the fluid abstract forms. As in a dialogue. Like actions in a dramatic scene in which the spoken lines Fly over one another like sharp arrows and finally unite into a greater whole.

But the paintings were first of all discreetly romaticin thei effect, with an almost hedonistic sensuousness and a refined elegance. In a time when much painting is intended to resemble a tremendous hangover, unshaven and belching, sloveny and wobbling, Holstein became an increasingly solitary figure. With his sensitive sensory apparatus and his special ear for the musical qualities of the color spectrum, he obviously stood out from his surroundings. Like a tapdancer surrounded by stomping hillbillies. These qualities have certainly not departed from his paintings. He is still the dandy of the party. But at the same time, it is true that a couple of years ago Holstein suddenly cast all his caution and driven professionalism aside and unveiled a form of painting that presumably had been under preparation for some time. His new paintings were much more abstract than the earlier work, albeit with an unmistakably lyrical tone about them. Clearly inspired by his great love of nature.

His became obvious at the exhibition ”Tide Lines” , which was shown at Galerie Asbaek, Copenhagen, in 2001. Something fantastically new appeared on the scene. A type of painting in which feeling and sensation were fully unleashed. There were paintings that floated and danced at the same time. There was nature fully orchestrated ,seen and observed with a both sharp and affectionate eye. But there were also paintings full of calm and harmony- and vibrating energy.

It is no surprise that Holstein is a passionate fisherman. For many years he has been fishing regularly on the Florida coast. He has been standing up sto his knees in the water for hours with his fishing rod raised, looking out over an endless ocean in which blue, green and the manu shades in between flutter toward the horizon in a ceaseless, sparkling interplay of water, air and sky. In the mornings the sea had the gleam of newly struck steel, and in the evenings the water shone like brass. Often you could not tell the difference between the change of the colors of the water or the air.

Standing there Holstein had a bite in more than one sense of the term, because in the midst of the tumultuous zone between the sea air and the mirror of the sky, ans the perpetually rocking water masses, he sensed and caught nature`s great workshop running at full blast. He found his theme and succeeded in delineating it with all the sensivity and precise sense for the many nuances and medium tones that it deserves. Less talented people than Holstein have perhaps succumbed in the face of this enormous painting challenge, but Holstein has grown with the colossal effort. He reached land with the entire phenomenon stored in his memory and his retina. And he captured it all upon his canvases. Like a fisherman come ashore with his big cath.

One has suspected Holstein of paying (painting) by ear as only the reallly driven musician can. He improvises – in long, beautiful sequences. He has loosened his grip on the brushes, just like a musician, who year after year has gone onstage and played his pieces with sure authority- and now suddenly gives himself up to improvisation. Intrepid and infectious. To his own and other`surprise surprise.nevertheless, it is not at all surprising to those who have followed his painting for some time. This has been long in the making. It has stuck it`s head out before. The desire to let go. The temperamental desire to unleash his painting completely and let it flow unencumbered.

The result is wonderful and moving. They are exceedingly joyful paintings. Bent Holstein has become a more passionate graphic artist than ever – a true poet in his field.

Ole Lindboe is the editor of the Danish Art Magazine