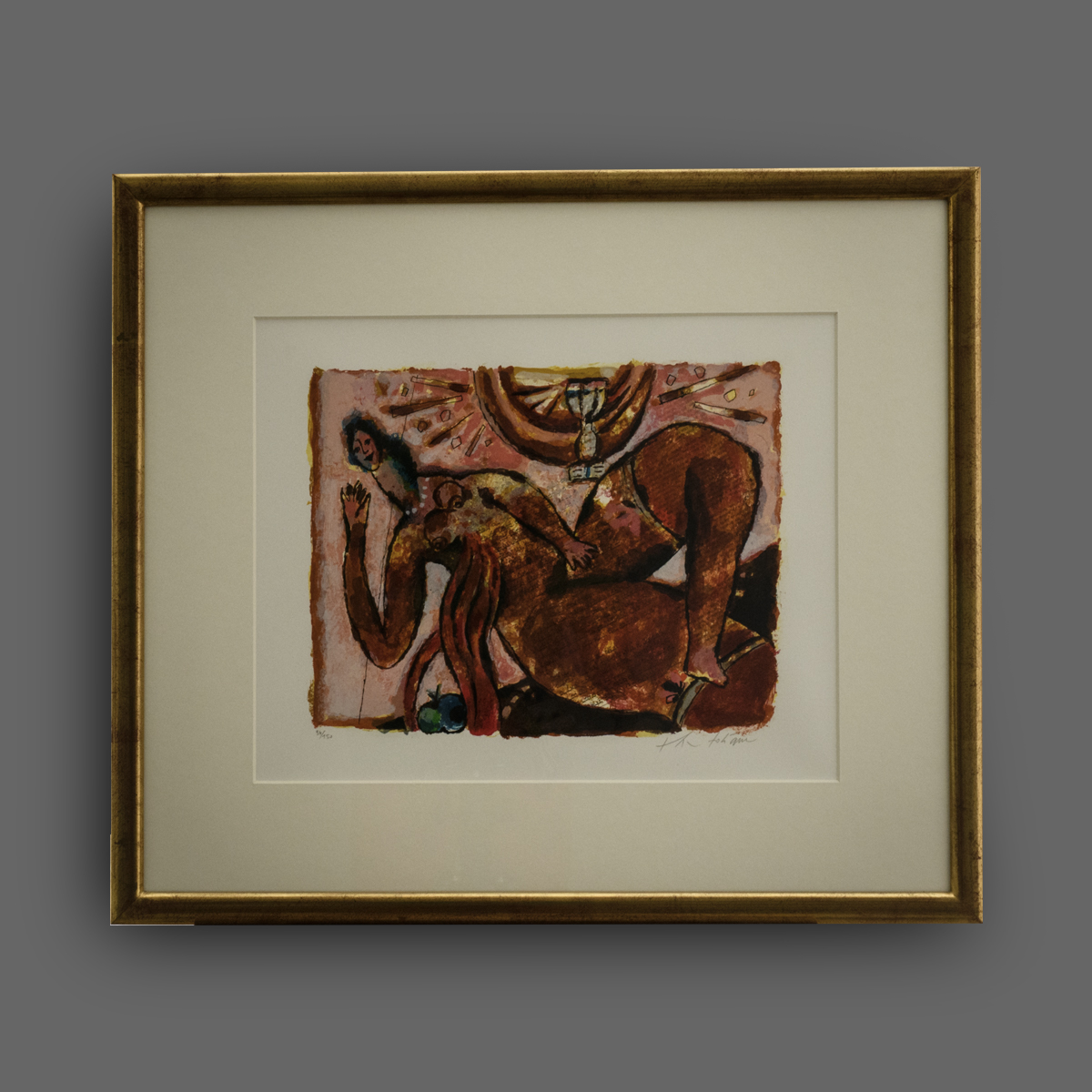 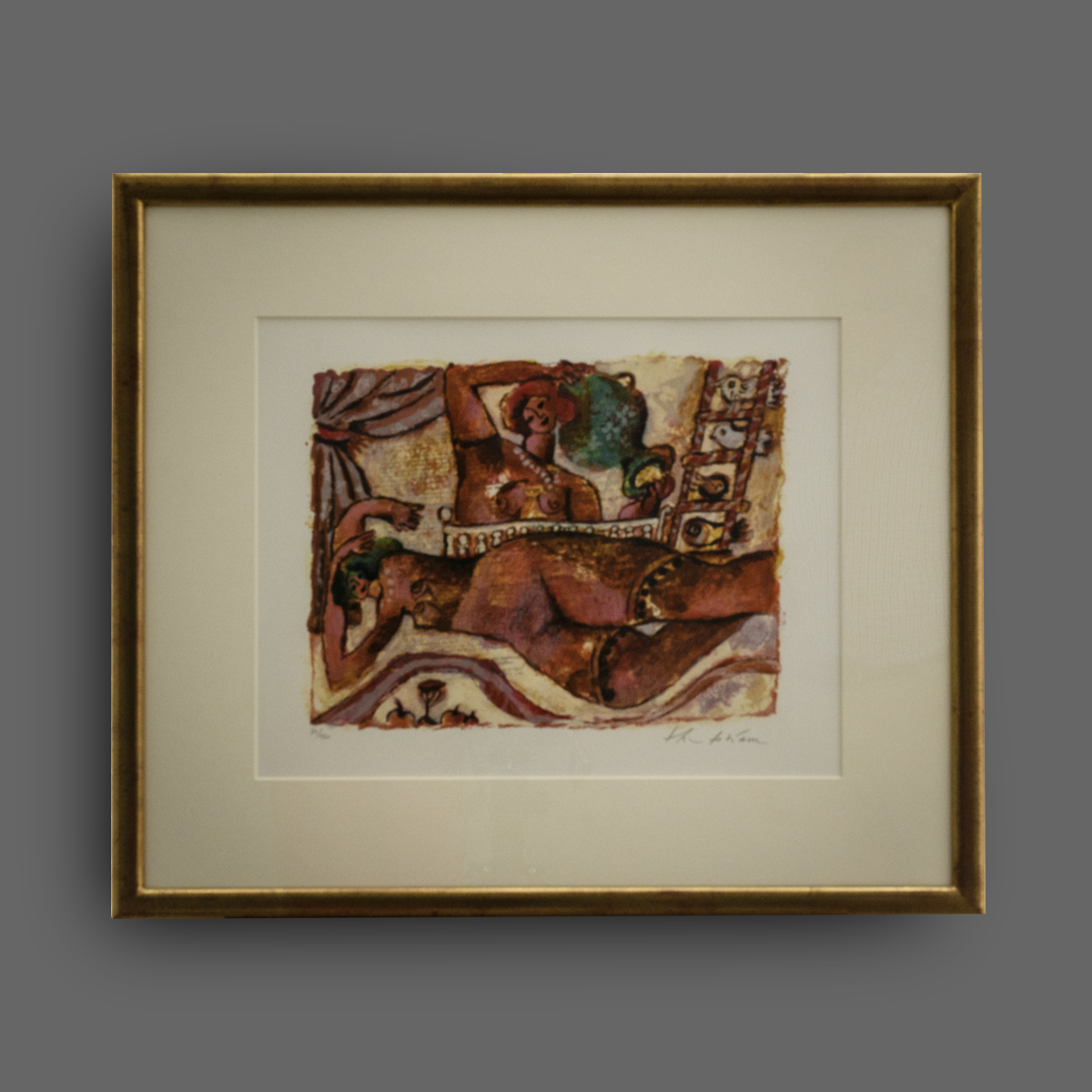 Théo Tobiasse was born in Israel in 1927. Originally from Lithuania, his family hoped to find the promised land there. The work of this artist is pervaded with the themes of exile, of the woman as a mother and a lover and of reminiscences of his childhood in Lithuania, as his parents had to move back there. The datcha in the middle of the green countryside of Kaletova, the lights of the steamers enhanced with colored flags going down the Niémen, the sledges in the snow-covered streets of Kovno, but also the round tea-pots and the paunchy samovars, symbols of the familial warmth… After crossing through Germany and Berlin, Tobiasse arrives in Paris in 1931 where only a sad and gray station welcomes him. Then follow the dark years of the Nazi occupation, during which the family, although hidden during two years, is decimated. After the Liberation, Tobiasse only dreams of light, sun and a huge sky.

He settles down in Nice, then in Saint-Paul de Vence where he makes the fascinating discovery of the moon landscape of the Saint-Barnabé plateau, at the Col of Vence. It will become his first painting. The Rijksmuseum in Amsterdam offers him a second revelation : the Jewish bride by Rembrandt unveils the mystery of the material and the colors to him. He understands everything about glaze, mixtures and chiaroscuro…

Memories come back as scraps of his memory and unwind themselves at the end of his paintbrushes : the Woman as a mother and lover, the exile, the exultation of the senses, drawing, blended colors, music, and his travels are mixed in a poetic magma set against the background of Venice, New York and Jerusalem, his towns of predilection. Words and sentences charged with emotion always come punctuate his work, not to explain it but to prolong it…

Theo Tobiasse lived and worked in Saint-Paul de Vence. He died on November 3, 2012.